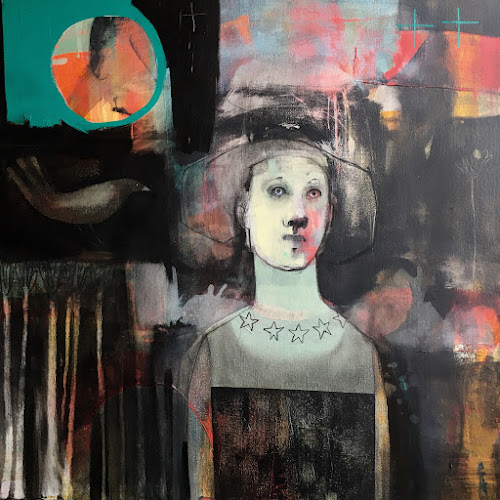 I painted this during the half term, and as always I didn't have a clue what was going to appear!
The under layer was painted in really bright colours, and I had a whale of a time flinging the paint around!
As I started the darker top layer I remembered one of my favourite things when I was at Infant School.
Every 5th of November we would draw a Bonfore Night picture, and we would always cover the paper with bright wax crayons of every colour. Then we would cover that in a thick layer of black wax crayon, scratching out firework patterns using a pin.
I used to love doing that so much, and I'm sure those early art classes have influenced my work all those years later! 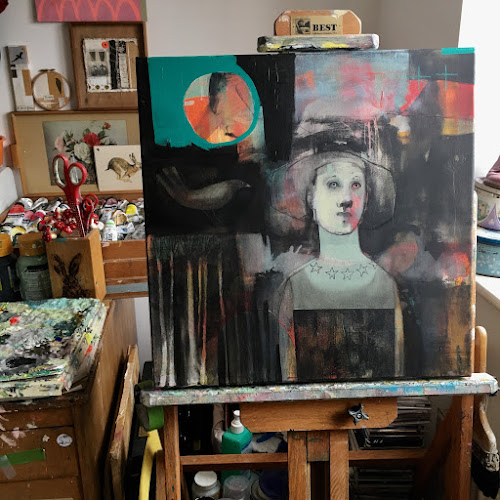 She seems a little wistful and it reminds me a bit of a 1940's film.
I think that she has just been to a dance and a handsome American soldier has just walked her home and kissed her under the starry sky...
Sigh...
Who says romance is dead! 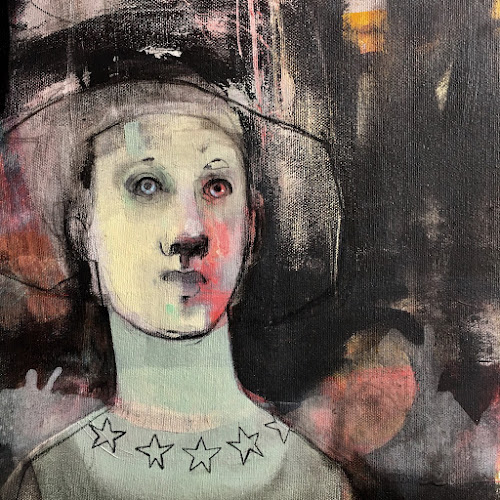 And even though I don't know all of the story, I do believe there was a happy ending.
X

Posted with Blogsy
Posted by Mrs Bertimus at 13:16

Email ThisBlogThis!Share to TwitterShare to FacebookShare to Pinterest
Labels: Once upon A Time, Painting Techniques 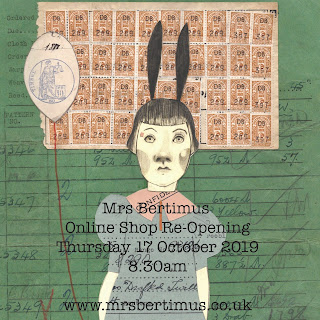