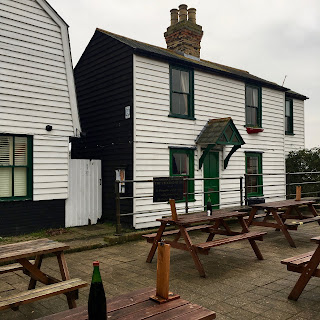 During the Christmas holidays we visited the quaint and characterful Leigh-On-Sea.
I love it there, it's like stepping back in time... 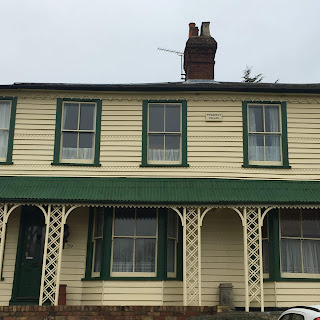 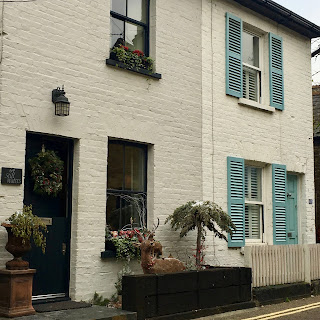 The houses are beautiful and there were some stunning decorations... 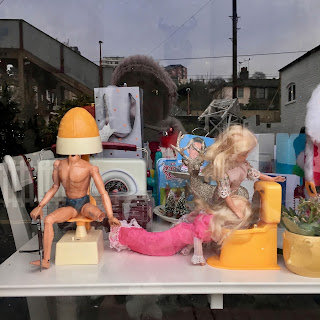 although my favourite was this rather alternative Christmas scene depicting a wild Barbie party!!! 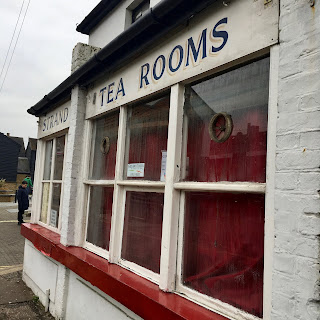 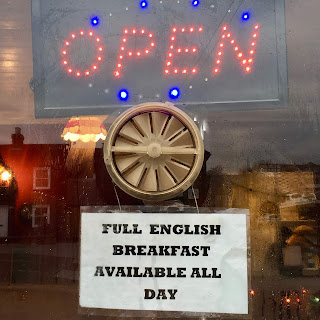 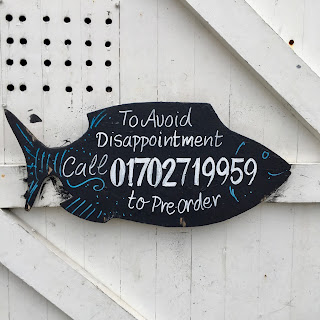 And I can't resist photographing the signs outside the fish shops. 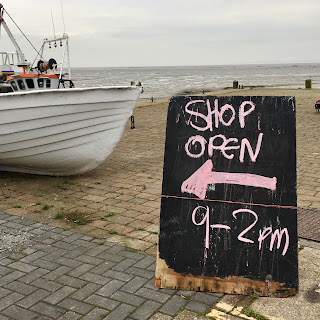 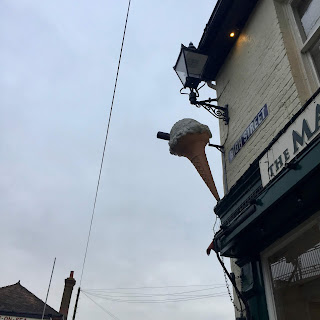 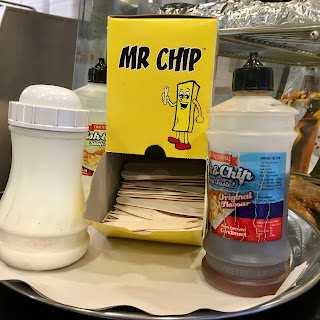 (and the obligatory fish and chip dinner by the sea!) 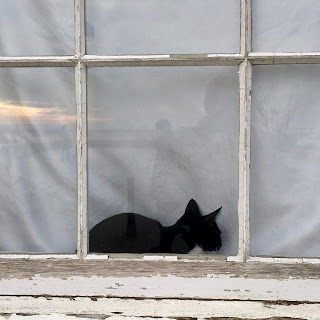 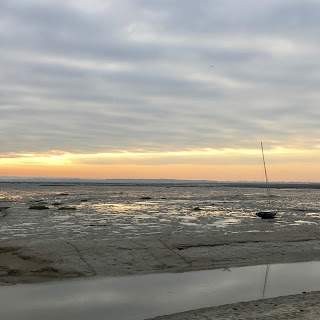 Hope you enjoyed our little tour, you can't beat the sea air for blowing away the cobwebs!
X

Just The tonic I Needed... 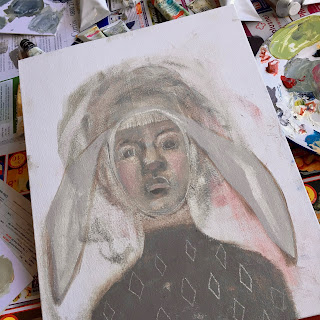 My daughter needed to try out oil painting as part of her studies and asked if I could help.
I haven't painted in oils for years, and had lots of 'grown up' jobs to do, but I said I would give it a go.
So I dusted off the paints and we set up everything on the dinner table.
I actually felt a bit nervous as this was a bit out of my comfort zone but we both couldn't believe that over four hours had flown by!
I was so proud of my lass as she completed TWO fabulous paintings! 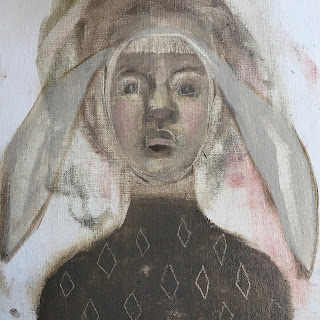 I still need to finish her, (what a surprise that a rabbit girl appeared!) but it really was the tonic I needed.
Sometimes just trying something different gives you a real boost doesn't it! 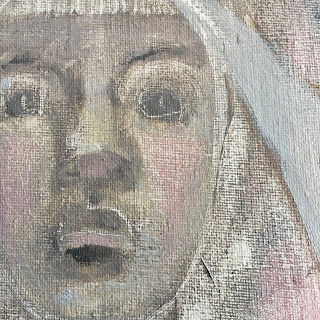 Who cares if there's loads of dirty laundry left in the basket!
Hope you all had a lovely weekend too!
X

Email ThisBlogThis!Share to TwitterShare to FacebookShare to Pinterest
Labels: Arty Goings On 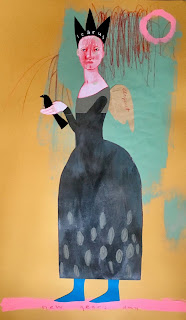 I like to start the New Year doing something creative, and this year I felt a huge urge to get out my crayons and paints.
As usual, I didn't know what I was going to draw, but for some reason the story of Icarus came to mind and this young woman quickly emerged with a very determined expression. 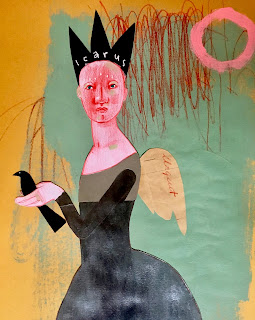 Icarus And The Blackbird

One Winter's morning, the sun was shining so brightly in the icy sky.
The quiet country woman noticed that a beautiful white bird had become dazzled, and was flying too close to the sun.
She became so annoyed about the Sun's cruel trickery that she leapt up high into the air.
It was as though she had the wings of Icarus, but hers were made of courage and determination, instead of wax and vanity.
She reached and grabbed the bird, saving it from the Sun's cruel heat.
And even though the poor creature had become scorched, the woman and the blackbird became the best of friends. 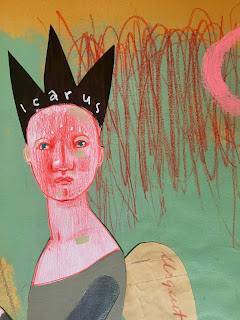