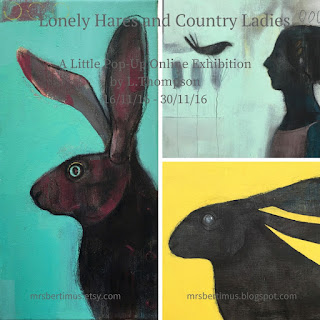 Thank you for coming along to this preview of my little online exhibition.
Fancy a glass of bubbly and some pineapple on a stick?

I thought that you might like to have a look at the paintings and read the stories about them, before the paintings are available for sale on my Etsy shop on Wednesday morning.

I've painted these six pictures especially for this exhibition over the last couple of months.
I've never tried such a venture before but it's been really enjoyable. 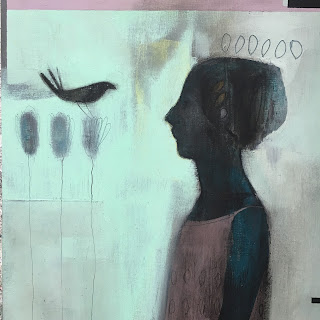 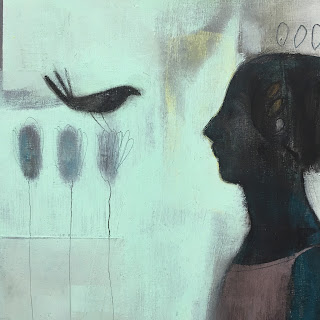 And He Told Her All The Answers To Her Questions In his Song.
Acrylic paint and mixed media on plywood panel.

'There once was a girl who wanted to know all about the big, wide world.
But she never travelled afar.
So when it was twilight she asked the black bird.
And he told her all the answers to her questions in his song.' 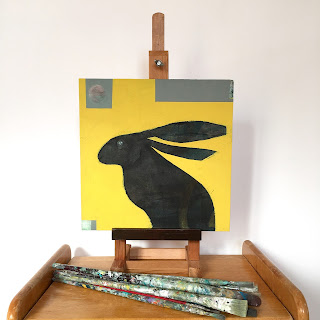 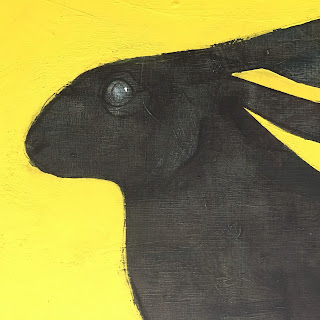 'When the British summer time paints the fields an eye-scorching mustard yellow, the quieter hares who usually frequent the shadier edges, creep out into the joyous sea of colour.
Their shadows are darker and deeper in there.' 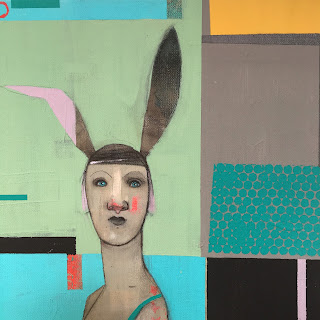 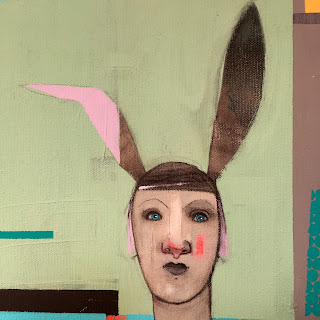 Take Me To The Bright Lights.
Acrylic paint and mixed media on canvas.

'Take me to the bright lights.
Somewhere far away.
Where neon light casts its magic spell,
turning day into night and night into day.' 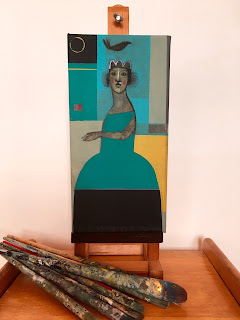 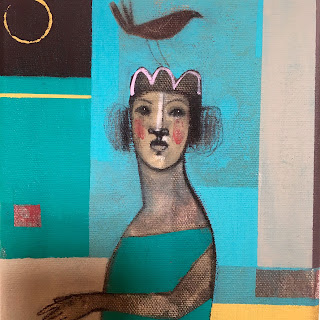 The Queen Of The Blackbirds.
Acrylic paint and mixed media on canvas.

'Some folk mocked her because she didn't choose the plumes of the peacock or the pheasant.
She did not care, as there was one bird who was the wisest and most sage of all.
She was the Queen of the Blackbirds.' 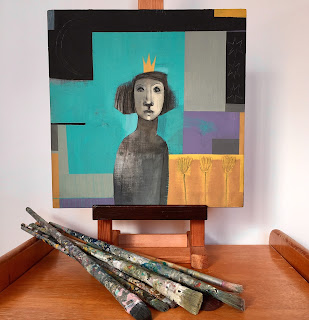 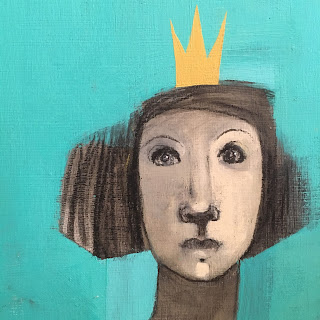 The Queen Of The Harvest.
Acrylic paint and mixed media on plywood panel.

'Every Autumn the villagers would celebrate with a grand Harvest Festival.
There would be dancing, drinking and feasting.
At the beginning of the celebrations the same beautiful young maiden would be crowned The Queen Of The Harvest.
She had the sweetest singing voice, was the most graceful of dancers and relished every minute of the festivities.
But, as all the villagers knew, when the Festival ended, she would disappear until the following year.' 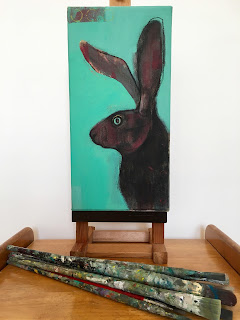 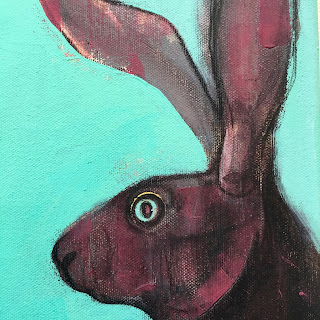 'This is a magical country hare, whose ethereal rose-tinted coat can only be seen on the night of the pink moon.
The tiny ring of moonlight around his eye is the only sign of his mysterious powers.'

(I do hope that you've enjoyed this preview, I don't always share the stories that accompany my paintings, but we've known each other long enough now haven't we!)

Email ThisBlogThis!Share to TwitterShare to FacebookShare to Pinterest
Labels: Exhibitions, Mrs Bertimus, Once upon A Time