A couple of days ago I had a really bad drawing day, I mean really bad.
Everything I drew was just horrid and I became more and more frustrated.
It suddenly dawned on me what I had been saying to a student just the day before....that sometimes you have to play, creativity doesn't like being pushed around too much.
So I decide to actually practice what I preach.
And I started to snip and glue...and have fun. 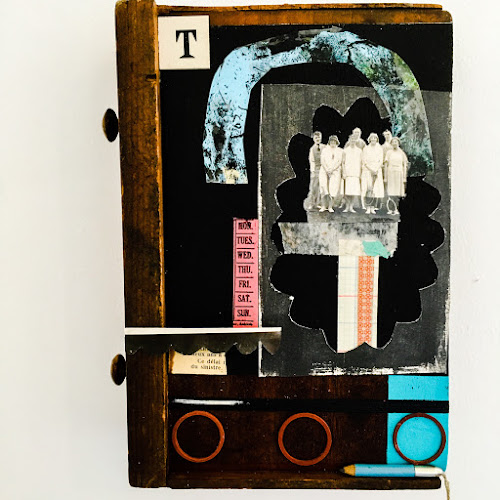 And I made this slightly bonkers collage on the back of an old drawer.
I'll be taking it to my mixed media workshop at Hope and Elvis in a few weeks (eep!) 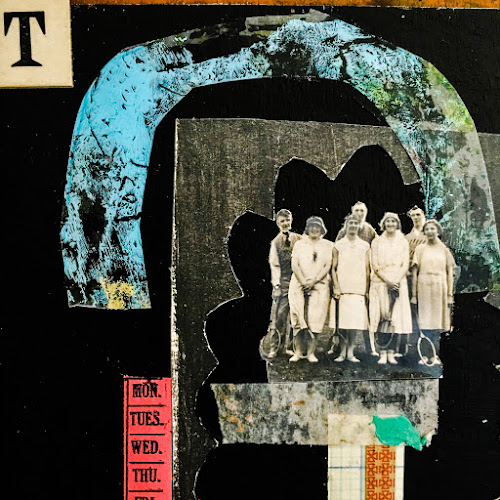 Because the drawer is quite deep it will hang on the wall, and it also means that there is a little surprise on the back... 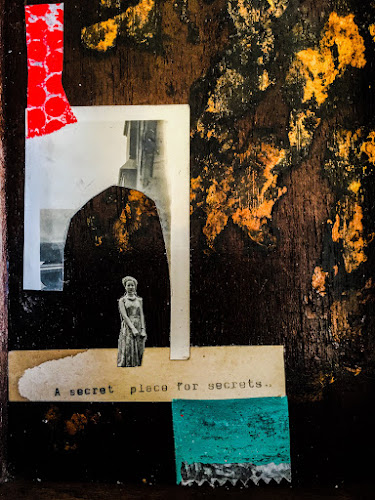 a secret place for secrets!
Ha! Told you it was a bit bonkers!
Have a very happy Spring break everyone!
X
Oh! I nearly forgot to tell you about the discarded fairy! 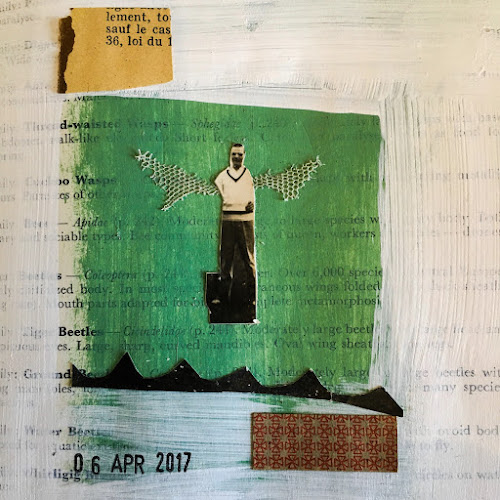 Well, as I was clearing up, I found one of the figures that had been cut out of the photograph (half of his leg was out of the shot and so he had to go,) and he had landed on a tiny scrap of lace that was the perfect shape for wings!
It was as if he had landed there to tell me that I was on the right track!
So I couldn't throw him away could I, and now he lives in my journal!

Posted with Blogsy
Posted by Mrs Bertimus at 08:43