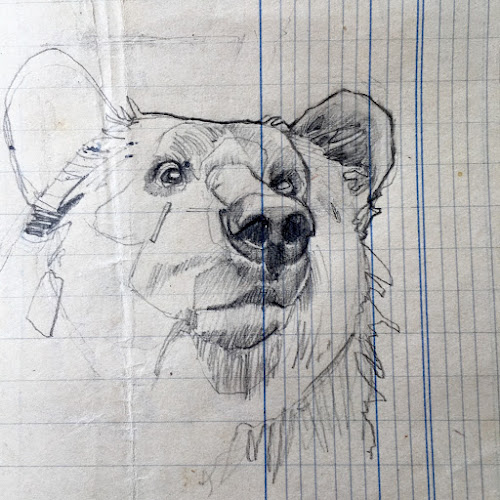 It's only as the animal or person emerges that sometimes they tell me their story.
Some characters are very shy, and I have to remember that I can't force their secrets from them, otherwise they might disappear back into the paper or canvas.
But some characters can't wait to tell me all about it, and this rather handsome bear was one of them. 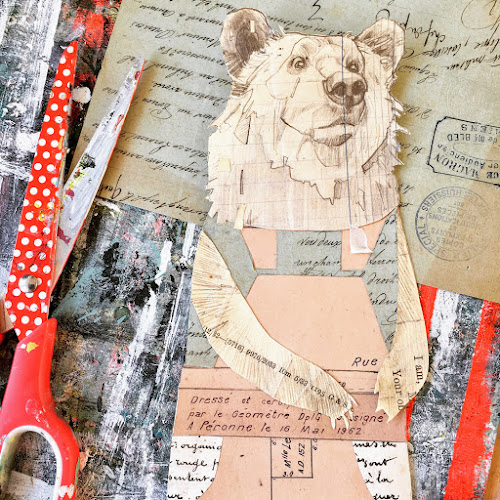 You see, at first I had planned to make a lady bear, but it wasn't to be.
I did enjoy making his dungarees, but he had a rather wistful look in his eye. 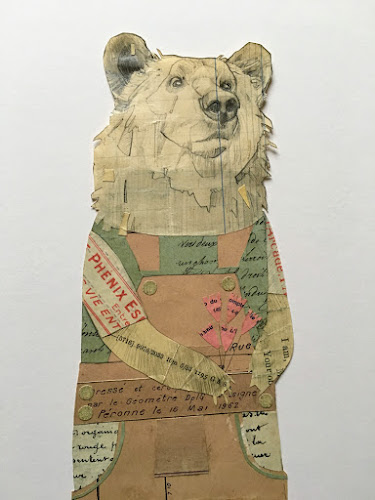 As soon as his outfit was finished he told me his tale, and he asked very politely if I could make him a bunch of flowers. 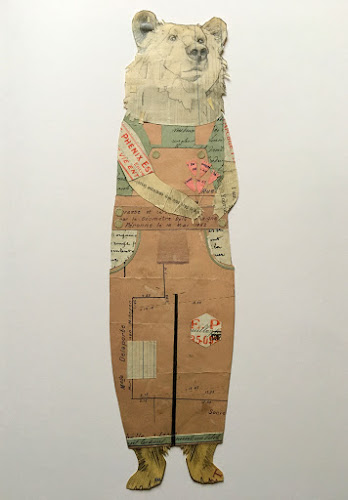 It had been a long and bitter winter but now the Spring flowers were beginning to emerge and the warm, gentle currents of air coaxed the bear out of his slumber.
He let out a sigh as he began to remember the dream that had never left his heart throughout those long and lonely months.
He gently hummed to himself as he picked a small bunch of flowers that grew on the mountainside..
'Will you be my sweetheart?
Will you love me true?
Will you be forever mine?
Will you say 'I do'?'
He wore his very best pair of dungarees, began to walk along the path by the stream, and tried to hold his nerve...

Posted with Blogsy
Posted by Mrs Bertimus at 11:38