There must be something spooky in the air!
This sneaky fellow wasn't even invited, but appear he did ( I have no control over such matters!)
I'm preparing an Abstraction workshop weekend for Hope and Elvis next year and I'm tinkering with new techniques. 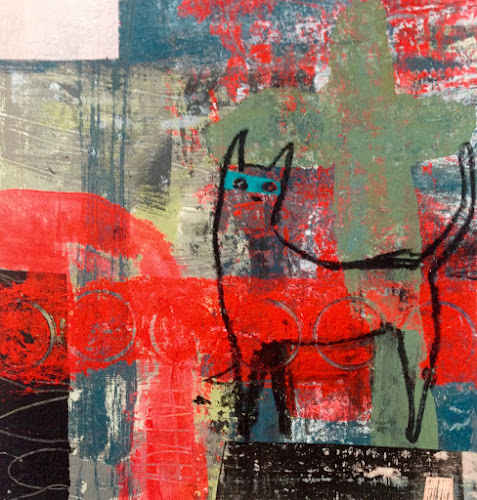 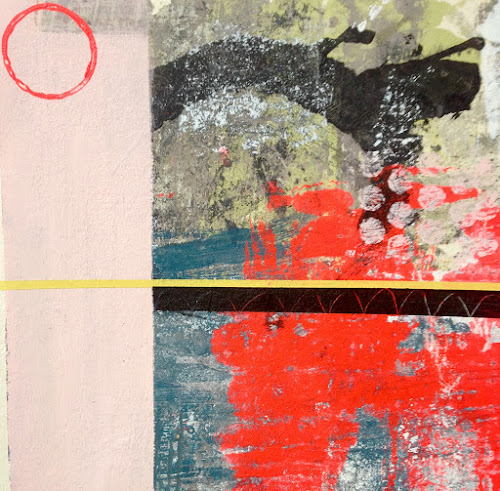 When I was working on this I asked Hubby what he thought of the cat...
well, he looked at me as though I'd lost the plot ( perhaps I have!) 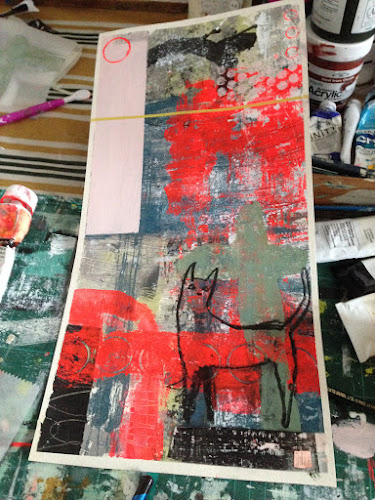 However, Mini Goth liked him.
So, as I often do in such quandaries, I sent a pic of him to my trusted mate, who suggested perhaps he needed a mask...
I think it is the finishing touch.
It was then he became Diego.
Be afraid.
Very afraid!

Posted with Blogsy
Posted by Mrs Bertimus at 08:28