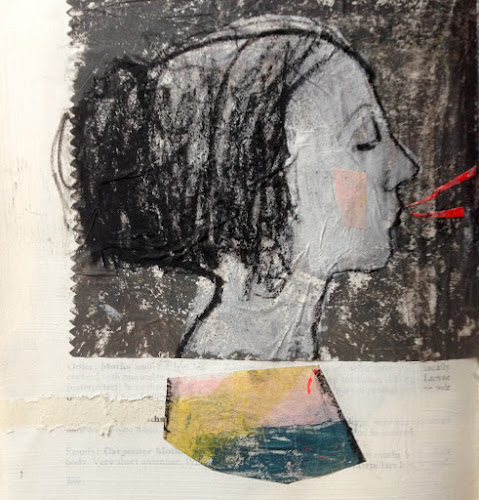 Sometimes journaling can catch you quite unawares.
You think you're just playing around,
but when you look at it later
it tells you what has been in the back of your mind. 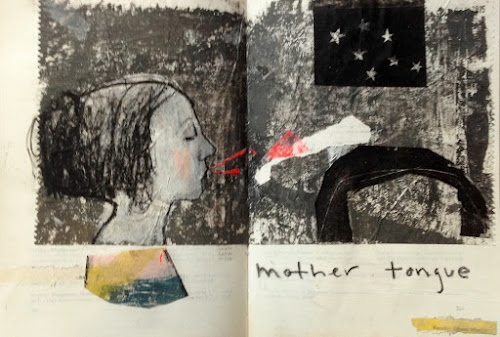 I've been experimenting for a few weeks now with printing, and this was made from the scrips and scraps that were left over.
But that morning had been a little tricky and being 'mother' had been a little difficult.
I am very lucky as I don't have to face such a problem very often, but it's all part of the job isn't it.
I think this is telling me that even when you sometimes have to use harsh words, they are always said with love. 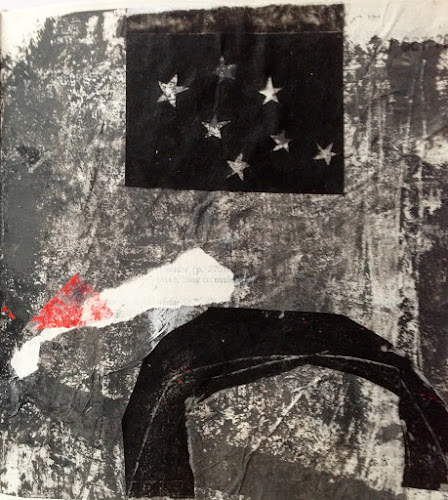 Posted with Blogsy
Posted by Mrs Bertimus at 00:08