A Heart- Felt Thanks! 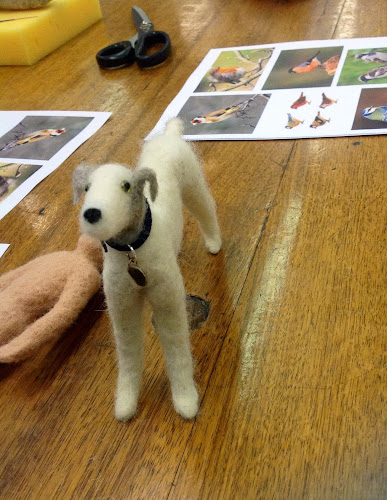 On Friday we had a 'Health and Well Being Day',which meant we could try out all sorts of different crafts and other such healthy goings on.
Ginny and Jo very kindly held a 3D felting workshop.
Just look at Ginny's gorgeous dog! 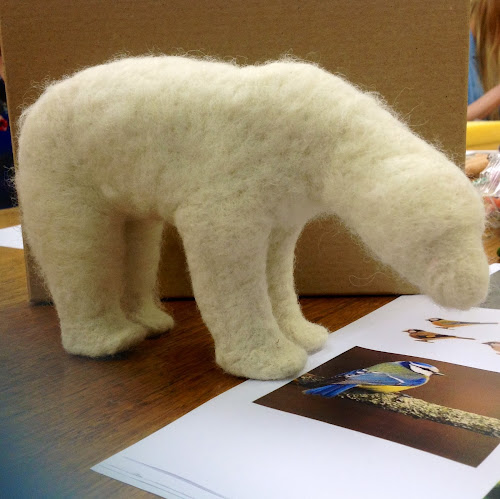 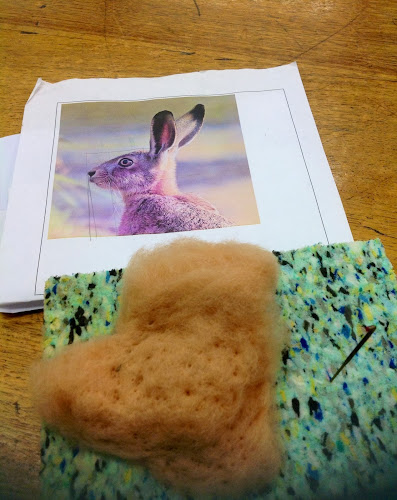 I wanted to make a hare's head...well, you have to dream!
( Or perhaps that should be a jacket potato instead!) 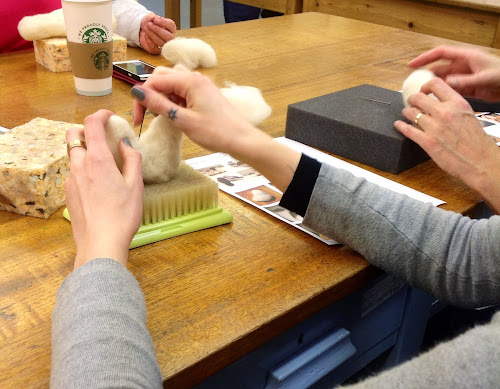 Here's Sophie, frantically stabbing away.
There were a few needle felting- related injuries, but only a little blood was shed! 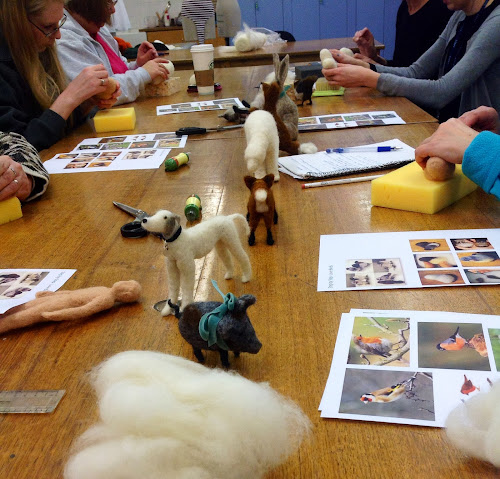 Look at all the activity, we were all so absorbed you could have heard a pin drop! (Excuse the pun!) 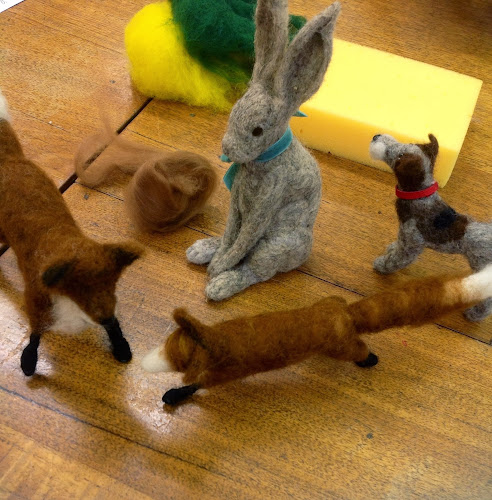 Ginny's and Jo's creatures became a little fractious though, Mr Hare became quite perturbed by the naughty foxes! 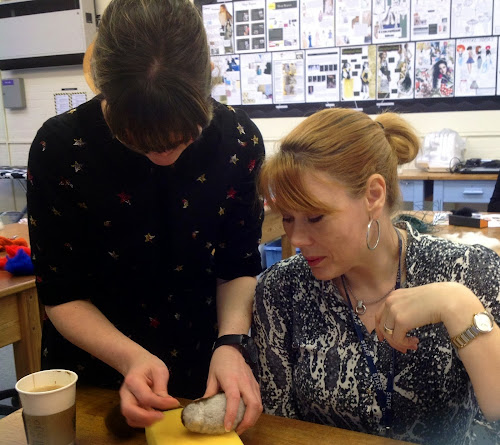 Jo and Rachel in creative contemplation. 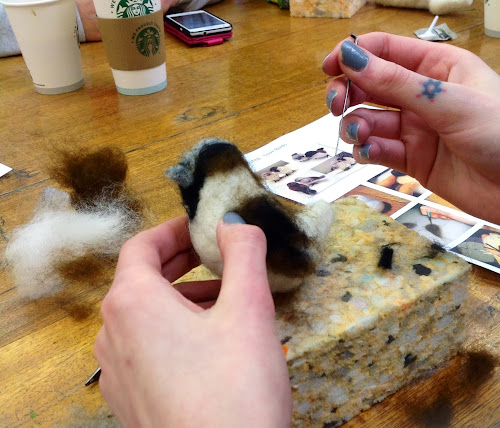 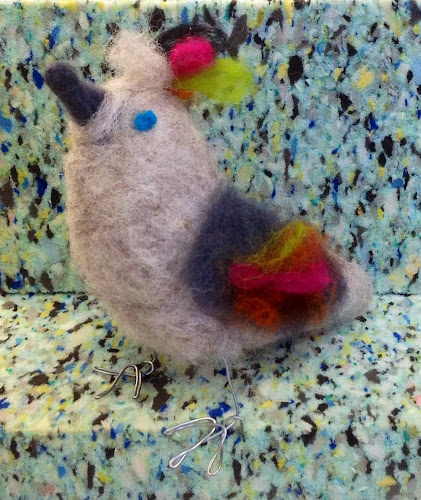 And look at Gemma's funky bird! 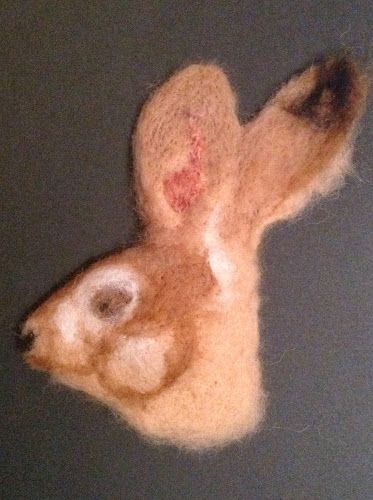 My poor hare is nowhere near finished, but when I do I quite fancy finding one of those wooden plaque things to attach it on.
As I said before, you can but dream!
Many thanks Ginny and Jo, it was the most therapeutic and quickest two hours I've ever spent!

Posted with Blogsy
Posted by Mrs Bertimus at 12:31